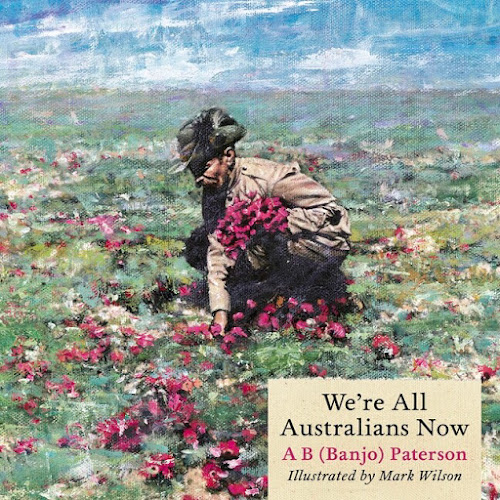 I'm a big believer in commemorating Anzac Day and remembering those who fought so we might be free. I'm also a great fan of our National bard, Banjo Paterson, and of the illustrations of Mark Wilson. Put them all together and you're going to have a pretty special book.

We're All Australians Now was published in 2015 but I only discovered it the other day in my local Australia Post store. Have a look and see if yours has a copy too. It was $9.99.

When Australians went to war in 1914, Australia had been a nation for all of 13 minutes. Well years, really, but it's still a really short time to forge a national identity, isn't it? The brave men and women who fought together in WWI as Australians played a great part in defining us as a people, as a country, as Aussies. By 1915, we had already suffered through Gallipoli when Banjo Paterson penned an open letter to Australian troops there at The Dardanelles , a poem entitled We're All Australians Now.

The book is Mark Wilson's beautifully illustrated rendering of that poem. 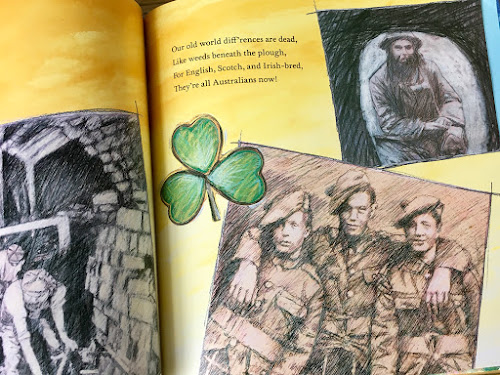 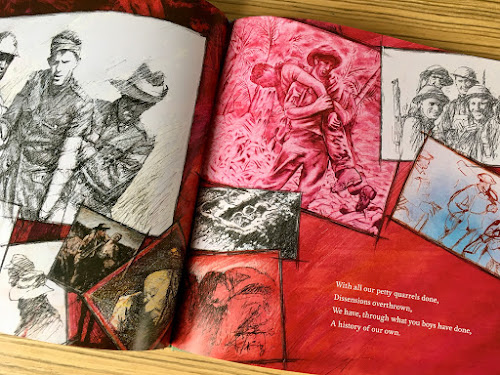 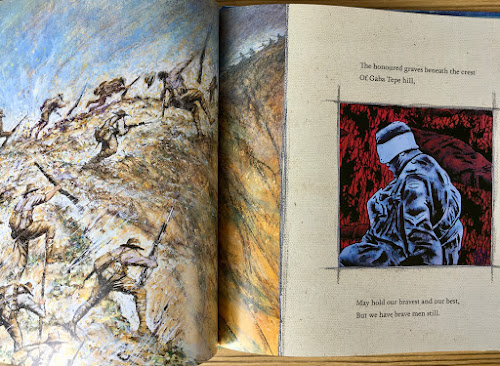 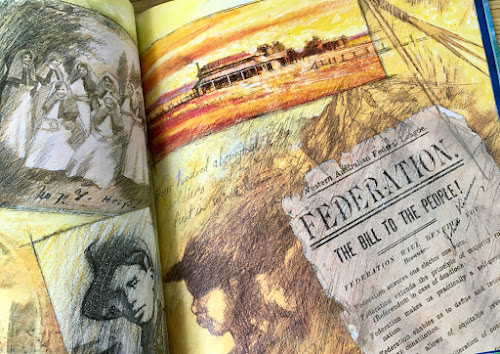 Here's a copy of the poem if you really can't find the book, but do try. As I say, it's pretty special. It's times like this that I remember that living books really are still being published. And that's a really good thing.

Australia takes her pen in hand

To write a line to you,

To let you fellows understand

How proud we are of you.

From shearing shed and cattle run,

From Broome to Hobson's Bay,

The man who used to "hump his drum",

Is fighting side by side with some

The fisher-boys dropped sail and oar

To grimly stand the test,

Along that storm-swept Turkish shore,

With miners from the west.

The old state jealousies of yore

Are dead as Pharaoh's sow,

We're not State children any more —

Our six-starred flag that used to fly

Their trade on foreign seas,

Flies out to meet the morning blue

With Vict'ry at the prow;

For that's the flag the Sydney flew,

The wide seas know it now!

The mettle that a race can show

Is proved with shot and steel,

And now we know what nations know

And feel what nations feel.

The honoured graves beneath the crest

May hold our bravest and our best,

But we have brave men still.

With all our petty quarrels done,

We have, through what you boys have done,

A history of our own.

Our old world diff'rences are dead,

For English, Scotch, and Irish-bred,

They're all Australians now!

For never shall their glory fade

Fight on, fight on, unflinchingly,

Till right and justice reign.

Fight on, fight on, till Victory

Shall send you home again.

And with Australia's flag shall fly

To symbolise our unity — 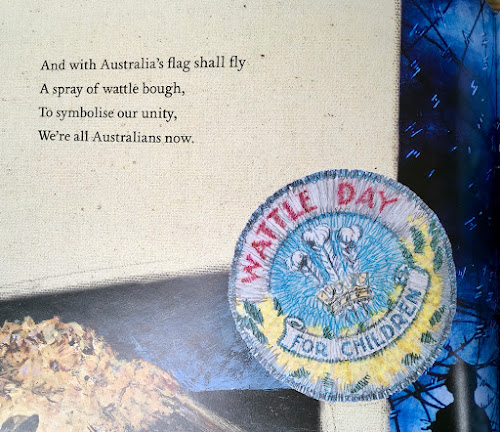 Here's Wallis and Matilda's version set to music. It's pretty special, too.