The Basket of Delights 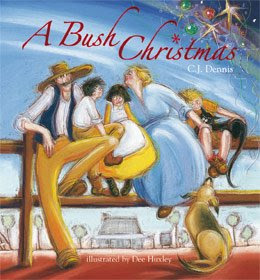 Our advent book basket is open!! I've posted the covers so you can see what's inside. It sits under the stockings hanging on our mantlepiece, contents enticingly visible. We read one book each day of advent.

Our 2008 family read aloud is a beautiful book - The Box of Delights: When the Wolves Were Running by John Masefield, first published in 1935. I don't understand why this book is not better known.

The story - from the cover:

Strange things begin to happen the minute young Kay Harker boards the train to go home for Christmas and finds himself under observation by two very shifty-looking characters. Arriving at his destination, the boy is immediately accosted by a bright-eyed old man with a mysterious message: “The wolves are running.” Soon danger is everywhere, as a gang of criminals headed by the notorious wizard Abner Brown and his witch wife Sylvia Daisy Pouncer gets to work. What does Abner Brown want? The magic box that the old man has entrusted to Kay, which allows him to travel freely not only in space but in time, too. The gang will stop at nothing to carry out their plan, even kidnapping Kay’s friend, the tough little Maria Jones, and threatening to cancel Christmas celebrations altogether. But with the help of his allies, including an intrepid mouse, a squadron of Roman soldiers, the legendary Herne the Hunter, and the inventor of the Box of Delights himself, Kay just may be able rescue his friend, foil Abner Brown’s plot, and save Christmas, too.

We're up to Chapter 2 (Okay, we cheated and started early...) and are just loving it. It's a book of delights!

A Bush Christmas by C. J. Dennis is my pick of the new Australian Christmas books for 2008.

The sun burns hotly thro' the gums
As down the road old Rogan comes -
The hatter from the lonely hut
Beside the track to Woollybutt.
He likes to spend his Christmas with us here.
He says a man gets sort of strange
Living alone without a change,
Gets sort of settled in his way;
And so he comes each Christmas day
To share a bite of tucker and a beer.

Dad and the boys have nought to do,
Except a stray odd job or two.
Along the fence or in the yard,
"It ain't a day for workin' hard."
Says Dad. "One day a year don't matter much."
And then dishevelled, hot and red,
Mum, thro' the doorway puts her head
And says, "This Christmas cooking,
My! The sun's near fit for cooking by."
Upon her word she never did see such.

"Your fault," says Dad, "you know it is.
Plum puddin'! on a day like this,
And roasted turkeys! Spare me days,
I can't get over women's ways.
In climates such as this the thing's all wrong.
A bit of cold corned beef an' bread
Would do us very well instead."
Then Rogan said, "You're right; it's hot.
It makes a feller drink a lot."
And Dad gets up and says, "Well, come along.

"The dinner's served -- full bite and sup.
"Come on," says Mum, "Now all sit up."
The meal takes on a festive air;
And even father eats his share
And passes up his plate to have some more.
He laughs and says it's Christmas time,
"That's cookin', Mum. The stuffin's prime."
But Rogan pauses once to praise,
Then eats as tho' he'd starved for days.
And pitches turkey bones outside the door.

The sun burns hotly thro' the gums,
The chirping of the locusts comes
Across the paddocks, parched and grey.
"Whew!" wheezes Father. "What a day!"
And sheds his vest. For coats no man had need.
Then Rogan shoves his plate aside
And sighs, as sated men have sighed,
At many boards in many climes
On many other Christmas times.
"By gum!" he says, "That was a slap-up feed!"

Then, with his black pipe well alight,
Old Rogan brings the kids delight
By telling o'er again his yarns
Of Christmas tide 'mid English barns
When he was, long ago, a farmer's boy.
His old eyes glisten as he sees
Half glimpses of old memories,
Of whitened fields and winter snows,
And yuletide logs and mistletoes,
And all that half-forgotten, hallowed joy.

The children listen, mouths agape,
And see a land with no escape
For biting cold and snow and frost -
A land to all earth's brightness lost,
A strange and freakish Christmas land to them.
But Rogan, with his dim old eyes
Grown far away and strangely wise
Talks on; and pauses but to ask
"Ain't there a drop more in that cask?"
And father nods; but Mother says "Ahem!"

The sun slants redly thro' the gums
As quietly the evening comes,
And Rogan gets his old grey mare,
That matches well his own grey hair,
And rides away into the setting sun.
"Ah, well," says Dad. "I got to say
I never spent a lazier day.
We ought to get that top fence wired."
"My!" sighs poor Mum. "But I am tired!
An' all that washing up still to be done."

C. J. Dennis wrote his classic poem in 1931. He paints a picture of an Australian Christmas in the bush - a Christmas still largely influenced by the traditions of 'The Old Country". A progressive, non-sentimental type of bloke, I wonder what the Den would make of the fact that 77 years later we do pretty much the same today...roast turkey (with prime stuffin'), plum pudding, mince pies and shortbread all feature largely on our Christmas menu.

Mum and Dad and the kids share Christmas with Rogan, a lonely neighbour, who gets stuck into the grog and reminisces over Christmas in colder climes. The children can't imagine a land of snow and cold, a land which seems to them 'strange and freakish'.

In this delightful picture book offering, popular contemporary illustrator, Dee Huxley, brings this classic poem up to date for a new generation of Aussie children. Her beautiful pastel illustrations capture Dennis' humour beautifully, while at the same time she manages to realistically show the typical bush location and occasion.

This is a wonderful offering, combining a classic poem with the modern illustrations. It is a great addition to a Living Books library. Get it while it's in print!!

P.S. Good news!! A Book for Kids is back in print! 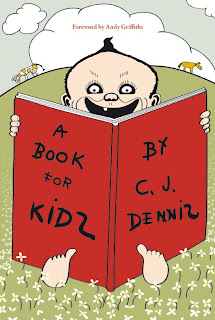 It'll be in the shops in March 2009 - just time enough to pay off the Christmas excesses on your credit card!!

Sadly Advent has come and gone ... almost. Before removing the books from my sidebar I thought I'd post them here for reference throughout the year!