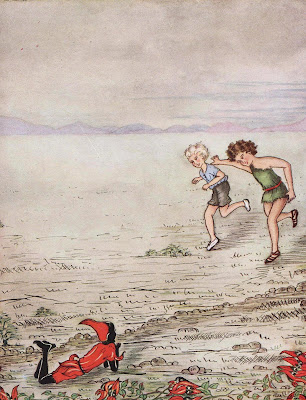 In 188o, when she was 38, Charlotte Mason published her first book: The Forty Shires: Their History, Scenery, Arts and Legends. It was a geography book about the Shires of England, written for school children, and 'designed for pleasant holiday reading'. It was tremendously popular - although whether by children reading the book by choice during their vacation or by their teachers encouraging them to do so, is not determined. Either way, a series of five geography books followed.

Now, thanks to the fantasmagorically amazing Judy Elliot, homeschooling grandmother extraordinaire, you can find these books and more all together online in her Yahoo Group: CM Books. Hooley Dooley that woman has done a heap for homeschool mums...

Back to the story...

In 1885, Miss Mason offered to give a series of lectures on education in order to raise money for a new parish room for her church, St. Mark’s Anglican Church in Manningham. By this time she was 43 years old. A year later these appeared in print as Home Education - Training and Educating Children under Nine. The rest, as they say, is history.

It appears that Miss Mason's opinions on geography changed a good deal between the publication of her first series of books and her treatise on the philosophy of education. By the time A Philosophy of Education was written, she had this to say:

Perhaps no knowledge is more delightful than such an intimacy with the earth's surface, region by region, as should enable the map of any region to unfold a panorama of delight, disclosing not only mountains, rivers, frontiers, the great features we know as 'Geography,' but associations, occupations, some parts of the past and much of the present, of every part of this beautiful earth. Great attention is paid to map work; that is, before reading a lesson children have found the places mentioned in that lesson on a map and know where they are, relatively to other places, to given parallels, meridians. Then, bearing in mind that children do not generalise but must learn by particulars, they read and picture to themselves the Yorkshire Dales, the Sussex Downs, the mysteries of a coal-mine; they see 'pigs' of iron flowing forth from the furnace, the slow accretions which have made up the chalk, the stirring life of the great towns and the occupations of the villages. Form II (A and B) are engaged with the counties of England, county by county, for so diverse are the counties in aspect, history and occupations, that only so can children acquire such a knowledge of England as will prove a key to the geography of every part of the world, whether in the way of comparison or contrast. For instance, while I write, the children in IIA are studying the counties which contain the Thames basin and "Write verses on 'The Thames'" is part of their term's work. Our Sea Power, by H W Household, is of extraordinary value in linking England with the world by means of a spirited account of the glorious history of our navy, while the late Sir George Parkin, than whom there is no better qualified authority, carries children round the Empire. They are thrown on their own resources or those of their teachers for what may be called current Geography. For instance, "Learn what you can about The Political Map of Europe after the Great War."

Incidently, she is still using her own geography books at this time, but not in isolation - they are merely one part of what is effectively a literature based study of geography, where the geography is an incidental finding in the life and times of the individual or place being studied at the time.

Notice too, that Miss Mason taught the younger children about their own country first and foremost, in order to provide "a key to the geography of every part of the world, whether in the way of comparison or contrast."

So what are we to do as homeschool mums today?

Do we wish every child in a class to say, - or, if he does not say, to feel, - "I was enlarged wonderfully" by a Geography lesson? Let him see the place with the eyes of those who have seen or conceived it; your barographs, thermographs, contour lines, relief models, sections, profiles and the like, will not do it. A map of the world must be a panorama to a child of pictures so entrancing that he would rather ponder them than go out to play; and nothing is more easy than to give him this joie de vivre. Let him see the world as we ourselves choose to see it when we travel; its cities and peoples, its mountains and rivers, and he will go away from his lesson with the piece of the world he has read about, be it county or country, sea or shore, as that of "a new room prepared for him, so much will he be magnified and delighted in it."

So...Do we need to take our children for extended jaunts around the world? It would be nice... Jemimah's opinions on Muslims in the Middle East will always be coloured by her experiences in Yemen as a 5 year old; her study of French will always be influenced by the fact that her Daddy's best friend lives in Paris and her knowledge that her friends Thomas and Naomie in Cognac don't speak English. She can tell you about geiko and maiko in Kyoto - and the differences between them, and instinctively knows the etiquette required for sleeping in a high class ryokan. So far, so good. The problem is, that Jemimah's parents can't afford to teach her world geography by taking her to every continent, country and region, no matter how nice that would be. 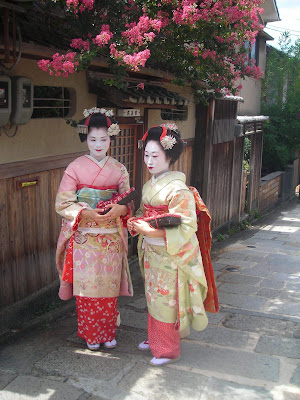 The next best thing, Miss Mason says is to let him follow the adventurers of some other traveller:

But let him be at home in any single region; let him see, with the mind's eye, the people at their work and at their play, the flowers and fruits in their seasons, the beasts, each in its habitat; and let him see all sympathetically, that is, let him follow the adventures of a traveller; and he knows more, is better furnished with ideas, than if he had learnt all the names on all the maps. The 'way' of this kind of teaching is very simple and obvious; read to him, or read for him, that is, read bit by bit, and tell as you read, Hartwig's Tropical World, the same author's Polar World, Livingstone's missionary travels, Mrs. Bishop's Unbeaten Tracks in Japan - in fact, any interesting, well-written book of travel. It may be necessary to leave out a good deal, but every illustrative anecdote, every bit of description, is so much towards the child's education. Here, as elsewhere, the question is, not how many things does he know, but how much does he know about each thing.

Now that is possible. Clearly we need to teach them by reading well written travel books to them, beginning firstly with books about their own country and region.

Which brings we Aussies to the next problem - which well written geography books about our country fit the lofty criteria set down above - and which of them are the right level for primary aged kids?

Trim by Matthew Flinders is one. We read it in AO2.

Old Man River by Leila Pirani is a book about the Murray River. AO2

To Ride a Fine Horse by Mary Durack is a terrific book about the settling of huge tracts of then unknown country in the 1800's and is great for older kids than Jemimah (we did read it as a read-aloud - it was much enjoyed by us all). AO4

There are a number of books about our explorers that cover both history and geography in the way Miss Mason suggests, including Exploring Australia AO3 or 4 and They Live in Australia AO2, both by Eve Pownall.

A recent book that is actually in print (!) is Alison Lester's wonderful Are We There Yet? , a travel journal told by 8 year old Grace. AO0 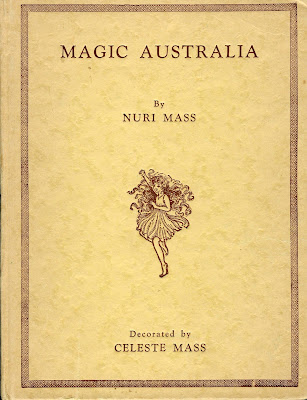 Magic Australia by Nuri Mass is the book we're reading currently in AO2. I'm going to tell you about this book and then press 'publish post', because I've just thought about Ion Idriess, and I realise that this list will shortly take on a life of its own if I don't put a stop to it about now...

Nuri Mass is best known for her highly acclaimed natural history book, The Wonderland of Nature, and other nature titles. Magic Australia is a magical story of Australian geography seen through the eyes of a young lad called Del as he travels around Australia with his mate, Bushbo - the eastern bushlands boy. Bushbo's not really a boy though - he's the spirit of the bush along the eastern coast. Hand in hand the two boys travel right around our great land, through the Palace of the Nullarbor, over the reef, and into the coolness of the Macdonnell Ranges. They're caught in willie-willies, duststorms and in the mangrove swamps. They travel through underground caves, and under the sea, and all the time the spirit world is all around them. It's a fascinating story.

This is a book to read aloud with judicious editing as you go. Nuri Mass is an evolutionist, and you may chose, as I did, to alter the age of the land from millions to thousands of years old, as well as changing a few other sections to show the creationist view we believe to be true. In addition, Magic Australia was published in 1943, and the age of the book shows in the inappropriate words used to describe Australia's Aboriginal people, as well as the small red and black Dessert Pea character.

Warnings aside, this is a fantastic living geography book about our great country. I recommend it.
Posted by Jeanne at 23.3.09