The Horses of Beersheba 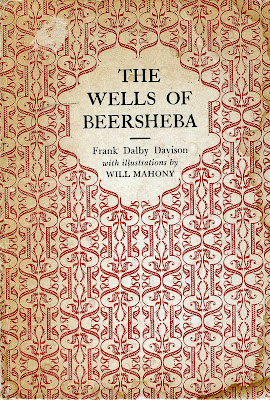 It is Remembrance Day tomorrow.

At 11 am on 11 November 1918, the guns of the Western Front finally fell silent after more than four years of continuous fighting. The allied forces had driven the German invaders back after having inflicted heavy defeats upon them during the preceding four months. In November the Germans called for an armistice - a suspension of fighting - in order to secure a peace settlement. They accepted the allied terms of unconditional surrender.

The Great War was over.

The war was over, but not all the fighters would go home.

Tomorrow at 11 am we will remember them.

But the soldiers were not the only fallen of the Great War.

(Lieutenant-General Sir Harry) Chauvel and his men brought off a series of brilliant and victorious battles, beginning with the attack on Beersheba, ending with the long pursuit up the Palestinian plain, and the surrender of Turkish and German arms. This has been given place as one of the great cavalry exploits in the history of warfare - and the Australian Light Horsemen off-saddled at the close of hostilities with the names of many ancient cities added to their colours.

Of the horses that bore the burden of this campaign only one was brought home to its native pastures. The aged and battle-worn were destroyed and the remainder sold to the local population. 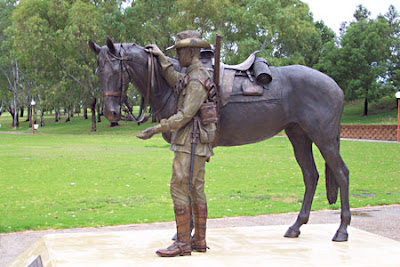 In his wonderful book, The Wells of Beersheba, Frank Dalby Davison tells us the story of the Charge of Beersheba - not only through the soldiers' eyes but also through their mounts, the Australian-born Walers.

Davison's horses behave like horses - there is no anthropomorphising here. He does not attribute human behaviour to them but rather allows them their own natural nobility and dignity without superimposing the virtues of man. Seeing their struggle brings a new perspective to this now famous page of Australian history.

A trooper was worried. His mare, a high strung beast, hadn't drunk when the horses were taken to the trough. Something had upset her. While the others lowered their heads to the water and drank, with twitching ears and long sucking gulps, she had stood with head high staring, as if she saw some vision far across the plain. Patient coaxing had not prevailed upon her. The trooper looked now at her hollow flanks...and his eyes smarted with the tears of vexation...The thought of her not having drunk would be nagging at him every hour he was astride her. A cavalryman's strength was that of the horse beneath him. It was of greater concern to him just then then the thought of facing shell-fire.

We get to know the horses as characters in the saga: 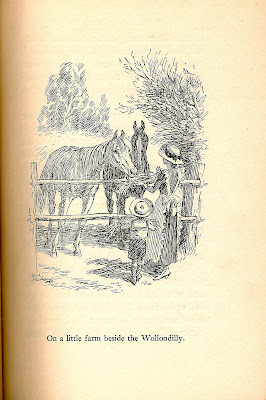 The stocky round-barreled bay was bred on a farm in the Burragorang Valley - a little place, bounded on one side by native oaks, leaning above a bend in the Wollondilly. They didn't want to part with him, for he was quiet and easy to catch; but the old man sold him into the Army. They often think of him back home by the Wollondilly. The girls - they had no brother - regard him as the member of the family who went to war; and they sometimes wonder where he is.

The horses were important, you see. Without the horses the last great cavalry campaign of modern warfare would never have been:

...Nightfall was at hand. Turk, German and Austrian gunner had resisted with the courage of men who knew that time fought on their side. The enemy had now fallen back on the redoubts. To rouse him from them, trench by trench, would take more time than the remaining span of daylight allowed. Tomorrow could not enter into the general's calculations. His horses must be watered by dawn.

Water was thirty miles behind him - or three miles in front. To retire on the wells from which his horses had last drunk would be to leave victory in the hands of the enemy.

It was the moment of crisis in battle.

Of course all Australians know what happened next. The Wells of Beersheba is not a thriller relying on the outcome of the battle for its excitement, but the conclusion is satisfying for all that.

This is a beautiful book - I struggled to know which parts of it to quote to you - and yet we read little of it. Frank Dalby Davison's Children of the Dark People and Man-Shy are written about often while The Wells of Beersheba rarely get even a mention. It would be sad if this little book disappeared.

Do keep an eye out for it in your forays through the shelves of the second-hand bookshops. (Abe has some) Do read it to your children.

The Wells of Old Beersheba

In saga and in story their tale has been told,
As long down the years of madness the battle tides have rolled;
Their drops of crystal water - more precious than gold
The Wells of old Beersheba were battle scarred of old.

On an Autumn evening that seems so long ago
The war-worn Walers reached them with stately step and slow,
And the guns roared welcome, peal upon thunder peal,
The Wells of old Beersheba were held by Moslem steel.

On barren cactus ridges the British army lay,
All sore in need of water at the burning close of day;
And so the desert riders must charge at evening gloom -
The Wells of old Beersheba - to victory or doom.

A league across the desert, slowly Walers came,
And Turkish shrapnel answered with a burst of flame
That flashed amid the smoke clouds, deep in the murky haze,
The Wells of old Beersheba with trench-lines all ablaze.

They lined the ridge at sunset and, in the waning light
The far-flung line of squadrons came on in headlong flight,
The desert land behind them - in front the fearful fight,
The Wells of old Beersheba must fall before the night.

The Turkish rifles raked them and horse and man went down,
But still they held the gallop towards the blazing town;
They heard the hot lead whining, the big guns thunder-roll -
The Wells of old Beersheba their destiny and goal.

With cold steel bayonets gleaming, in sodden seas of blood
They raced towards the stronghold, all in a crimson flood,
Such maddening surge of horses, such tumult and such roar
The Wells of old Beersheba had never seen before.

They stormed across the trenches and, so the stories say,
They drove the Moslem gunners as wild winds scatter spray.
No force or fire could turn them on that long maddening run,
The Wells of old Beersheba had fallen with the sun.

Fast through the gap behind them column on column poured,
Loud in the darkening dust - wrack the guns of England roared;
Won in a race of ruin through the lurid waves of flame
The Wells of old Beersheba had brought them deathless fame!

Remember them, my brothers, lend them a helping hand -
They led that charge of splendour that won the Promised Land -
And those who came not homeward, their memory is grand -
The Wells of old Beersheba will guard their graves of sand.