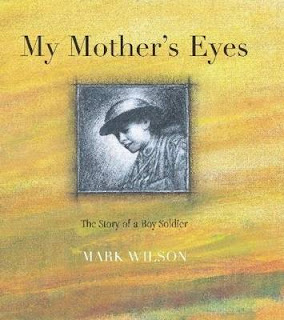 My Mother's Eyes by Mark Wilson

The story of William, a sixteen year old boy who lies about his age in order to enlist for the War to End All Wars.

Twenty three teenage soldiers fought in World War I, and those that paid the ultimate price, like William, are listed on the Australian War Memorial's Roll of Honour.

You'll shed a tear over this one. 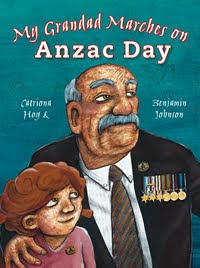 My Grandad Marches on Anzac Day by Catriona Hoy.

I blogged about this book here. It is my pick of Anzac Day books for kids 4-8.

This is what I wrote about it then:

In the story, Anzac Day is seen through the eyes of a young girl who rises early on Anzac Day to watch her grandad march in the Anzac Day parade. She shares her day in a realistic way, and Jemimah can easily relate to the little girl and her experiences. She can also relate to the little girl's grandad. She can sense his pride. She can also begin to understand a little about the thousands of man and women who didn't make it home.

I cried when I read this one as well. 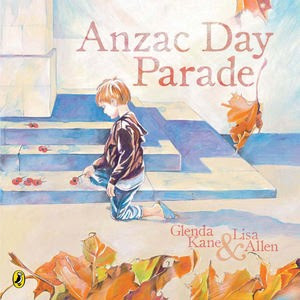 Anzac Day Parade by New Zealanders, Glenda Kane and Lisa Allen is a new one to me.

It is a story in rhyme of war through the eyes of a former member of the 18th Battalion. An elderly veteran tells a young boy not of the glories of war and death; but the reality of war as he remembers it. 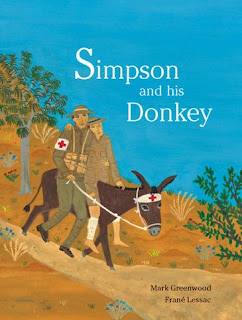 Simpson and his Donkey by Mark Greenwood

This is an excellent retelling of the classic story of John Simpson Kirkpatrick and his donkey, Duffy,and how the pair rescued over 300 men over only 24 days during the campaign at Gallipoli.

The little known story of how he rescues the playmate of his childhood is also told in this book.

Read The Book Chook's review of this one here. 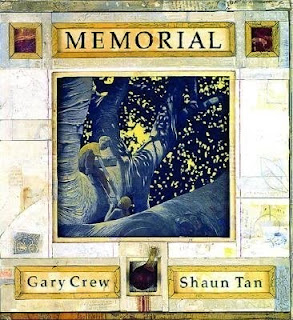 Down by the war memorial monument in the main street of our small country town are two oak trees planted by the ex-servicemen on their return from war. They commemorate the men who died in the Two World Wars.

Our trees are badly stressed by the long drought, but they are lovingly tended by the Council gardeners and they show pleasing signs of regeneration. I love our trees.

There is a tree planted by the war memorial monument in the small country town that the young lad that narrates Memorial lives in as well. His was planted when Old Pa came home from Ypres in 1918. Only his tree is causing grief. It is big and unruly. It is lifting the bitumen and drops seeds on cars. It obscures the traffic lights and it is knocking the statue over. It is a traffic hazard.

And now they want to cut the tree down. 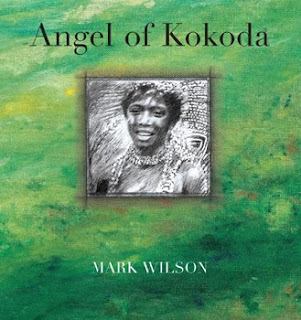 Angel of Kokoda by Mark Wilson

Kari's teacher at the mission school house on the banks of the Kusumi River, Sister Mary, has disappeared. A message in her music box suggests to Kari that he might find her at Kokoda.

"You see Sister Mary?" he asks. "Sorry Mate," is the reply from a young Aussie.

Suddenly a huge bomb rips through the quiet jungle. A battle rages and the Australians retreat. As they leave Kari comes across his friend lying wounded in a ditch.

Together they make the perilous journey to safety along the Kokoda Track. The young Australian thinks he has seen an angel. A Fuzzy Wuzzy Angel.

During the Pacific War of World War II, the Kokoda Track was the site of terrible battles between the Imperial Japanese Army and the Allied troops. The New Guinean villagers who assisted the troops became known as the Fuzzy Wuzzy Angels. This is the story of one of them.

Yep - cried in this one as well. 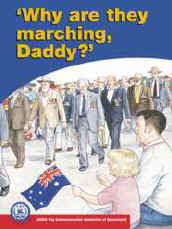 Why are they marching, Daddy? by Di Burke

Written to explain the traditions of Anzac Day to children as young as four, this book is the work of the wonderful Anzac Day Commemoration Committee of Queensland.

Madi is watching the parade with her father. "Why are they marching, Daddy?" she asks. Madi's father tells his daughter the story of Anzac.

He talks about war too: "Is war bad?" asks Madi... Daddy answers by talking about the good and bad. The reasons and the consequences. He talks about freedom. This little book addresses the big issues simply and clearly. It's a great book to talk about what we are commemorating on the 25th April every year. 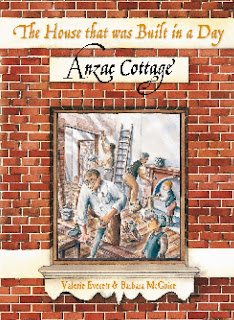 Arise, arise, Anzac Cottage is to be built today!

The true story of the community of Mount Hawthorn in Western Australia, who united to build a house that would serve as both a home for a wounded soldier, and a memorial to the Anzac landings.

When the town crier awoke the suburb at 3.30 am on the 12th February 1916, hundreds of men responded to the call. They set out working from sun-up to sun-down, in a race against the clock, to build the cottage in a single day.
Posted by Jeanne at 22.4.10