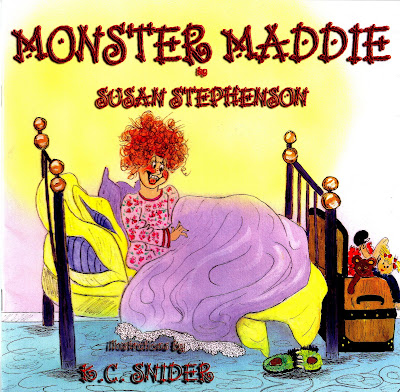 If you've been reading my blog for a while you may know that I was a bullied kid. It is not something I talk about a lot, because frankly, even decades later, thoughts of that time still hurt me deeply. Name calling, deliberate exclusion, verbal abuse, vandalising of books and property... all were part of every day reality for me. The bullying went on unrelenting for many years, and it has moulded my character to this day.

Did you know though, that I was not bullied by a bully? Well, not unless I went to a school populated solely by bullies. No, the kids that made my life a misery were in the most part nice kids. Just not to me. The worst culprits were a boy named Eric and his friend, John. Eric was not very bright and his ears stuck out like those of the current Leader of the Opposition. (Did I really say that?) Eric was bullied too, only not as badly as I was, and I think he was just relieved that there was one worse off than he.

I can remember one occasion when I, too was a bully. Tegwin was the object of some terrible name calling by me one day as she walked across the quadrangle to maths class. I can remember it as if it were yesterday, and I my cheeks still burn with shame as I recall how I yelled her ugly nickname aloud for all to hear. I never did it again. I was so ashamed of myself.

I wonder - were all the other kids ashamed when they teased me?

Maddie was bullied too. The first day at her new school was the worst day of her whole life. Nobody spoke to her; nobody looked at her. "They're all busy with their games and friends. It's like I've turned invisible," Maddie muttered. (Oh, how I longed to be invisible sometimes - it was so much preferable to being noticed.) At home Maddie threw herself on the bed, and cried until supper time.

Unlike me though, Maddie was strong.

Next morning Maddie woke up as a monster, with fangs and claws and wild, wild hair. She grinned an evil grin.

"Now the kids will notice me," she said.

Unlike me, Maddie decided to fight back. Instead of being bullied, Maddie became the bully.

Written by The Book Chook, Susan Stephenson, Monster Maddie is written in rhythmic alliterative prose that kids will love to speak aloud.

She put ants in their pants, dirt in their shirts, and ooze in their shoes.
...Miss Maddie Monster laughed and shook her wild, wild hair.

All kids need to discuss it too, and it will come as no surprise to those familiar with the feathery goodness of Susan's blog to discover that at the back of the book are six pages of activities for teachers and parents to help kids explore the themes contained in Monster Maddie. The activities include creative writing, thinking and estimating, discussion starters to help address the issue of bullying and making friends, drama and more. Susan's ongoing commitment to providing quality activities for children shines forth in this book. 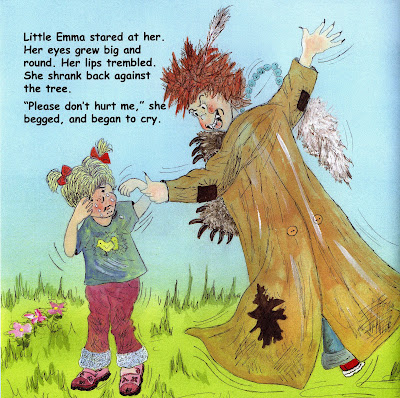 A few months ago my beautiful Jemimah was subjected to a weekend of horrible bullying. At a Church Camp, of all places. The kids were nice - their parents are my friends. A significant percentage of them were homeschooled as well. When I heard those kids saying nasty things about my precious princess and deliberately excluding her from their games, I could have cried. Actually, who am I kidding? I did cry. Bucket loads. I so wanted to protect my daughter from this sort of behaviour - it was one of the reasons I chose to homeschool.

Don't assume that your nice children would never bully another child. Please.

Excuse me as I wipe a tear from my eye.

You can purchase Monster Maddie from Amazon or from Guardian Angel Publishing. Find more about the book at The Book Chook.
Posted by Jeanne at 16.8.10