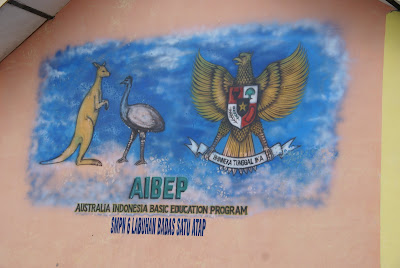 I thought today we might have a bit of a chat about homeschooling. Waddaya think? We haven't talked about it for...well...simply yonks!! It seems so long since I've even thought about school. Like about the middle of May. Or maybe earlier. Sometime before we went to Japan anyhow. A very long time ago.

How different things are from those first heady days when I was first learning about homeschooling. Jemimah was just four when I first read Susan Schaeffer Macaulay's book, For the Children's Sake, and I was immediately hooked. It was only a matter of time before googling various permutations of homeschooling/Charlotte Mason brought me to the Ambleside Online website, and there the pattern of my days changed considerably. Each morning I would spend ages pouring over every question and every answer on the Ambleside Online Yahoo Group. And on AmbleRamble. And on the Ambleside Year 0 group. And on CMand Friends - ANZ. During these first few months I literally lived and breathed homeschooling. I ordered and read every Charlotte Mason book I could get my hands on. Like a sponge I soaked it all in. I overhauled our library shelves and began reading Jemimah rich literature from the AO Year 0 booklists. I dreamed. I planned my school days. I was a woman obsessed. Totally. (It's a good job that I didn't know about blogging back then!)

Anyhow, to cut a potentially long and very boring story short, by the time Jemimah was actually six years old and ready to officially begin Grade Prep, I already felt that I was pretty much an old hat at this homeschooling/Charlotte Mason type bizzo. Except I'd never actually done it. Not really.

So then I started leaning afresh. On the ground this time. With my own real-life pupil. And you know, it wasn't really that hard. I'd done the preparation, after all, and as we worked together through Miss Mason's philosophies for education everything just seemed to fit. Jemimah learned to read. She learned to write. She could add and subtract. She was memorising and narrating and singing and painting and remembering. With the rich and varied smorgasbord of a liberal education set before her, my girl was beginning to learn. More importantly, she loved learning. And so did I.

We've had a pretty disrupted few months recently. We've zipped off to Japan. My dear Dad got sick and we wanted to spend time with him. Jemimah went skiing. We toddled off to Indonesia. We still have 8 weeks left to complete AO3, and I want to be finished in six. And I want to do exams because we missed them last term.

It's not going to happen is it?

But really, and honestly, I don't care!! Not even a little bit. Pinky promise you, even. It doesn't worry me that officially we'll only complete 34 weeks of school this year (plus exams, if you want to be obsessive about it).

It doesn't worry me, because what Jemimah learns during official school time isn't what she knows. What she knows, she knows from experience. It's a bit like me and homeschooling. The book work set me up to succeed, but it was the actual doing that made me a homeschooling mum, not the reading about it.

Now don't worry, I'm not about to ditch Miss Mason and become an Unschooler, or a Delight Directed homeschooler or a Something Else homeschooler. To me a rigorous Charlotte Mason type Liberal Education lays the foundation, just as my research laid it for me. But I do know now that that is not all there is to teaching my daughter.

Jemimah's education has not lacked this year, even though we've only completed 34 weeks of our schedule, because when you homeschool your whole life is about learning. I know that now.

And so while I say I haven't talked to you much about homeschooling recently, I'm wrong, aren't I? I talk to you about educating my daughter in almost every post, becasue everything we do is part of life and learning and knowledge. It's education of the best sort. It's the practical application of the theory that we lay down during lesson time.

A liberal education is really all about living a full life.

And we've certainly been doing that.
Posted by Jeanne at 1.10.10