My year of reading 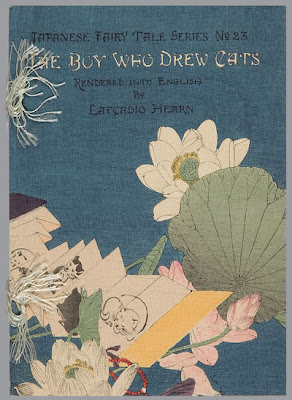 You know I read a lot, right? You know I am eclectic and read a wide range of genres, right?

Which is why it is surprising to discover that have never kept track of the number of books I finish in a year. It may by 50, it may be a lot more. I really don't know.

And so this year I'm going to find out. From the 1st of January I've been keeping a list. I'll show it to you in a moment, in case you're a little bit interested. Not that you should be, mind you, but I like books lists, and maybe you do too.

This year I'm also trying to be a bit intentional about what I read. I'm going to spread myself around a little, so to speak. You know I'm participating in the Haruki Murakami Reading Challenge hosted by In Spring It Is The Dawn. Jemimah and I are doing the Newbery Challange as well. It's linked in my sidebar. Apart from that, by keeping a list of my reading I hope to ensure that I read a good mix of things. Like Australian authors, and indigenous writers, to name two. A friend has asked me to join her in reading Les Miserables as well, and I've rashly said yes. We'll see...

Anyhow, this is what I read in January:

The Borrower by Rebecca Makkai

I'm going to blog about this one separately at some stage. A very thought provoking and somewhat confronting book that really challenged me about the books I 'allow' my daughter to read. If you decide to read this before my review, research carefully first...

The Hare with Amber Eyes by Edmund De Waal

A beautiful family memoir describing 19th and 20th Paris, Vienna and Japan through the eyes of the wealthy Jewish Ephrussi family. Highly recommended. A lovely book.

You Gotta Have Balls by Lily Brett.

Meatballs, girls, meatballs. An Australian-Jewish father and daughter living in New York learn to appreciate each other better, and learn to like themselves better on the way. A lighthearted read with occasional crude language. Fun.

The Happiest Refugee by Anh Do

An inspirational autobiography about Aussie comedian, Anh Do, this easy-to-read book is just delightful. In parts laugh out loud funny, and at other times brought me to tears. Beginning with his parents' escape from Vietnam on a leaky boat, Anh tells about their struggle to survive in a new, and sometimes racist Australia. We all know how well he has done, but the story telling how he got there is remarkable. I hope he writes more. Don't miss reading the children's picture book version of Anh's story - The Little Refugee - written in conjunction with his wife, Suzanne. Jemimah and I loved it.

South of Border, West of the Sun by Haruki Murakami

My first Murakami novel for 2012 fortunately redeemed the faith I have in him as a novelist after the tedium of 1Q84.

It is a bittersweet story of boy meets girl, loses girl, dreams about girl, remeets girl...

We were, the two of us, still fragmentary beings, just beginning to sense the presence of an unexpected, to-be-acquired reality that would fill us and make us whole. We stood before the door we'd never seen before. The two of us alone, beneath a faintly flickering light, our hands tightly clasped together for a fleeting ten seconds of time.

If you haven't read Murakami, this would be a nice way to begin.

I adored this book. What more can I say? I agreed with every word. Well, almost.

"Read at Whim," Jacobs says. I totally agree. Read it.

If you're a true Japanophile, at some stage you have to read some Lafcadio Hearn. Born in Greece to a Greek mother and Irish father, journalist Hearn moved to Japan in 1890 and remained until his death in 1904. In Glimpses of Unfamiliar Japan (1894) he details local traditions, as he first sees them. I have long been interested in old traditional Japan- the ways that have now disappeared - but I was incredibly disappointed with this book because Hearn has a total obsession with Japan's religious past, and the book is filled with long, detailed, and incredible tedious accounts of Buddhist and Shinto temples and beliefs. I love learning about Japan, but I really do not want to learn about their religion. Not in this depth anyhow.

At the same time as I was reading this book I also read one of Hearn's Fairy Tales, The Boy who Drew Cats (1897) to Jemimah and Princess Mini-me. Jemimah and I thought it kinda cute; Mini-me, who is not familiar with Japan didn't understand it at all. See what you think.

I read this before I saw the movie. It is wonderful, as is the film. I recommend them both. It's the story of World War I on the Western Front through the eyes (but not anthropomorphised voice) of a horse. Great for Jemimah's age and up.

The Life and Adventures of Santa Claus by Frank Baum.

The beginning of the tradition through the imagination of the creator of The Wizard of Oz in 1902. This was a Christmas read-aloud that we didn't quite finish. It is a fun addition to the Christmas basket.

Our first Newbery Challenge book for the year was fantastic. It's the story of a retired school teacher who decides to travel around the world by balloon, and crash lands on Krakatoa just before it erupts. It's fabulous, and it will be one of those books that enters into family lore I am certain. Jemimah and I adored this book.

My Reading Life by Pat Conway

Author, Pat Conway, talks about the books that have influenced him and shaped his life. It's a fabulous book and produced a long 'to read' list by the time I reached the end. If you like books about books you'll love it.

I'll tell you what though, this man pulls no punches. I would not like to be related to Pat Conway. No sir.

The Idea of Home: The Boyer Lectures 2011 by Geraldine Brooks

Pulitzer Prize winner, Geraldine Brooks reflects on what Home means in 2011. Four individual lectures: Our Only Home, A Home on Bland Street, A Writer at Home and At Home in the World. A quickie, but a goodie.

The Night Bookmobile by Audrey Niffenegger

My first graphic novel may look like a children's book, but it's not.
One night after a fight with her boyfriend, Alexandra is walking the streets of Chicago and comes across a bookmobile. But this isn't just any bookmobile - inside it is her own personal library, containing every book she’s ever read...and nothing else. It is dark, obsessive and shocking, and a great read. For adults. Apparently Niffenegger is going to turn this into a full length novel. I can't wait!

And that, she says, is that.

Don't expect a list like that every month, will you? I read a book a day for the first ten days of January while I was on holidays and hardly a thing after. Oh well, thems the breaks.

I hope you find something there that tickles your fancy a little bit.

If not, then at least you know what I've been up to this past month. Maybe you'll like some of my February reads instead. And maybe not.

What have you been reading?
Posted by Jeanne at 6.2.12