They shall grow not old, as we that are left grow old;

Age shall not weary them, nor the years condemn.

At the going down of the sun and in the morning

We will remember them. 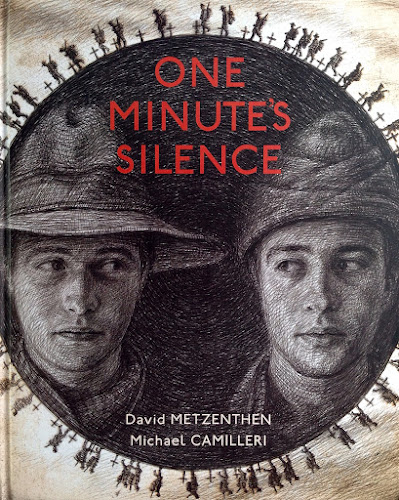 Did you remember our Diggers this morning? Did you recite the ode, listen to the Last Post and observe a minute's silence?

What did you think about as you stood in quiet contemplation?

You probably thought about the brave young Aussies risking their lives so that we could have peace in our land, but did you also think about the young Turks fighting to save their land from the invaders?

You may have remembered our fallen heroes, but did you remember the Turks who never went home again either? They're buried there together, side by side. Did you think of that when the second hand clicked slowly round?

Did you think about the tragedy and the futility of war, and honour the men in both sides of the conflict, who fought for the land and the people they loved? 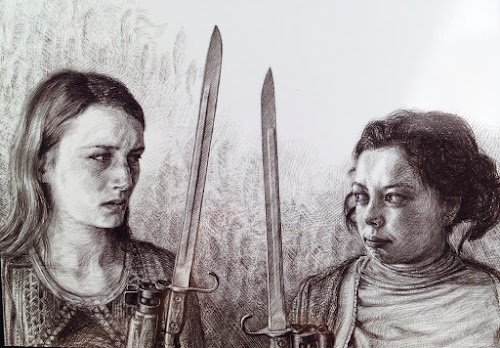 One Minute's Silence written by David Metzenthen and illustrated superbly by Michael Camilleri tells the story of a class of young people observing a minute's silence, just like we did, and probably like you did, too. And as they wait, they imagine themselves as soldiers at Gallipoli, and they think about how it would have been.

In one minute’s silence……

you can imagine the grinding in your guts as the ironbark bows of the Australian boats bumped the stony shore of Gallipoli on the twenty-fifth of April, 1915… when twelve thousand wild colonial boys dashed across the shivering Turkish sand in the pale light of a dairy farmer’s dawn lashed with flying lead.

But can you imagine, in one minute’s silence, lines of young Turkish soldiers from distant villages, hearts hammering, standing shoulder-to-shoulder in trenches cut like wounds… firing on the strangers wading through the shallows, intent on streaming into the homeland of the Turkish people.

This is a wonderful book to share with your children as you commemorate Remembrance Day, and observe a minute's silence together.

Today when Jemimah and I stood together we remembered our loved ones who fought for us in the "war to end all wars", the men and women who have fought in other wars, our peacekeeping troops, and their loved ones left at home alone. But we also remembered the soldiers we fought against, and it was powerful.

I think when you read this book, you'll think so too. 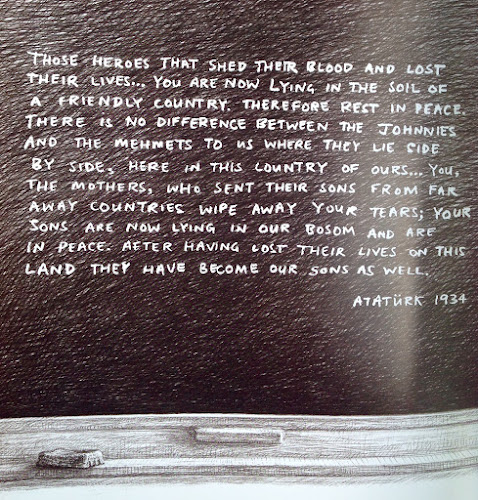