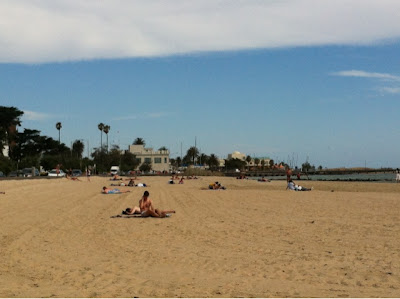 Jemimah and I spent this afternoon at St Kilda Beach observing seagull behaviour. It was a suggested project in our Australian Natural History book, Australian Backyard Naturalist, and in line with author Peter Macinnis' instructions we had ventured out with a loaf of crusty bread for feeding and a camera for recording behaviour. Of course, being good CMers we also packed Nature Notebook and some fine pens, figuring rightly that they would be easier to manage than watercolours on a beach with this gusty dry summer weather. 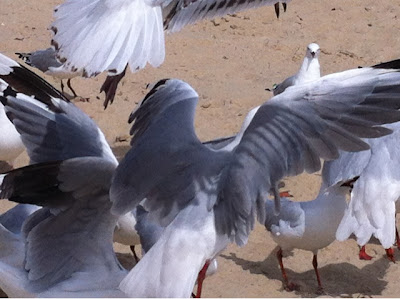 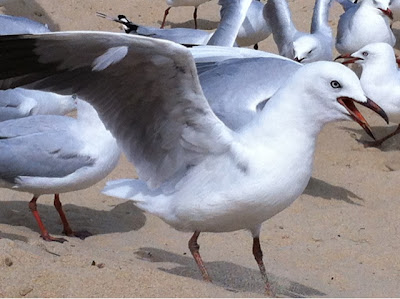 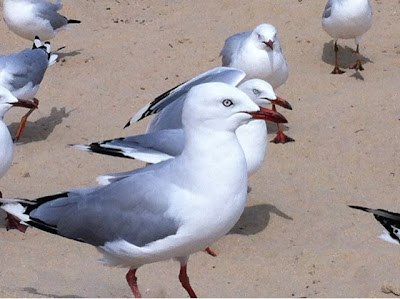 The object was to observe how the birds interacted when they gathered together to compete for food. Seagulls are always hungry and they have very short fuses. It was easy to see how aggressive they became when they were forced to fight for their food. Some of their squabbles were rather nasty, and very loud! They quickly demonstrated a pecking order, and a few birds were clearly dominant.

Our seagulls today were Silver Gulls, and they're found all over the continent. The older the bird, the brighter the red of the beak, and it was interesting to observe the differences in colour in our group. Several of the juveniles also displayed the pretty motley brown wing feathers that are characteristic of the younger birds. It was also obvious that they deferred to the adult birds, who were clearly dominant over them. 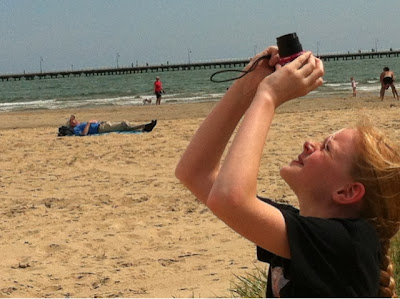 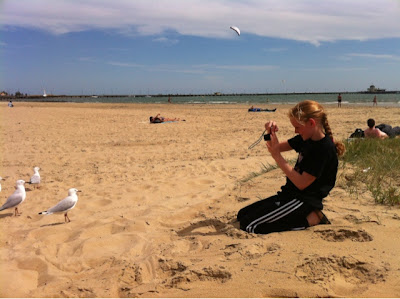 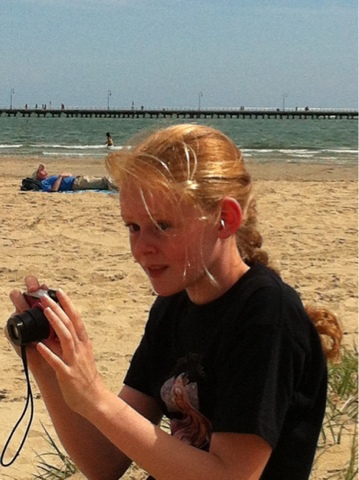 We had a fantastic time today feeding these birds and laughing at their antics. They were great subjects for nature study, as well.

We're using this book in Term 1 of AO6 for Natural History. So far it is fantastic, although there have been a couple of remarks that have displayed the evolutionary bias that one would expect of a book published late in 2012. Conveniently there are 12 chapters, tailor making the book for an AO term. The chapters read in a living narrative style, and additional information is included providing additional natural history information about the animals, as well as historical accounts and discoveries made by early explorers and researchers. Pictures come from the National Library of Australia and are fabulous. Each chapter contains a number of projects, and some of these fit CM's recommendations perfectly. Like this one of ours today.

• Mammals
• Birds
• Reptiles and Amphibians
• Spiders
• Butterflies and Moths
• Flies and Mosquitoes
• Ants and Ant lions
• Other Stingers, Biters and Nasties
• Leaf Litter Animals
• Snails and Their Slug Relatives
• Earthworms and Leeches
• Other Insects You May Meet
• Making Your Own Equipment

Sydney-based author Peter Macinnis  received the Eve Pownall award for the companion volume to this book, Australian Backyard Explorer in 2010, and his 2006 book, Kokoda Track:101 Days, was short-listed for the NSW Premier's History Awards in 2007 and was an Eve Pownall Honour Book in the 2008 Children's Book Council of Australia Awards.  Both are excellent. 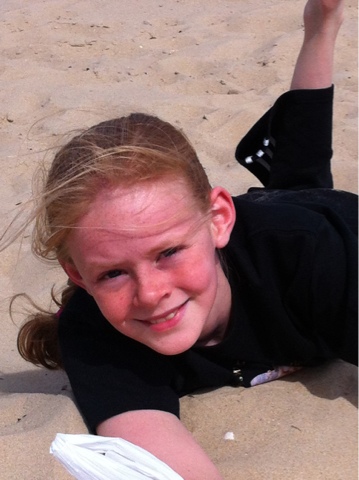 After we finished feeding the birds and doing a quick sketch of adult and juvenile birds, Jemimah collected a few shells and had a quick dip. She said the water was...er...refreshing! A stroll down the beach hand-in-hand for an ice cream made the perfect end to a lovely afternoon. I love spending time with my girl.

Our beach visit was an ideal way to keep summer alive in our back-to-school week. We had a marvellous day together and learned something while we were at it. Hurrah! 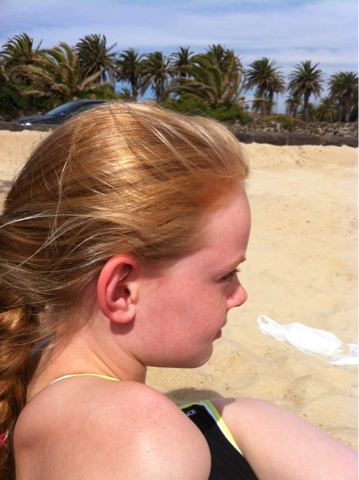