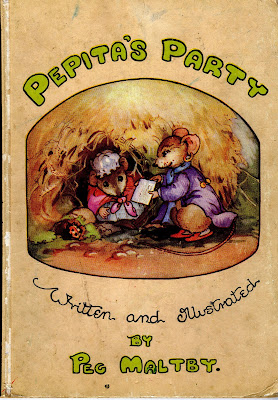 I wish I could tell you that Pepita's Party was a must-have Australian Living Book.

Peg Maltby's skill was in illustration, not writing, and her short rather twee stories were written to tie together her beautiful illustrations rather than the other way around. That said, Pepita's Party is better than many of her stories, and her lovely pictures, massed with detail, are just exquisite. Set around Christmas time, our copy has found a happy home in the Christmas basket, where it will be reread with pleasure, if not the anticipation that accompanies some of the better written treasures contained therein.

Peg Maltby was born in England, and you'll see a significant British influence in her work. The woodland animals and gentle countryside are much more evident in her illustrations than in May Gibbs', for example, although some of her later work shows a large contribution from Gibbs herself with kookaburras and even nut babies.

Peg's Fairy Book is the book to look out for. Its five editions sold more than 180,000 copies and it certainly contains much of her best work. It was republished by Angus and Robertson in 1975, and you can occasionally find a copy of this newer edition at a reasonable price, although Peg Maltby's books are never cheap, mainly because of the option of individually framing the prints. This book firmly established her as one of the greats of Australian children's illustration, and I am surprised at her lack of web presence. There is not even a Wikipedia entry for her!

Peg's magical world of fairies and elves, mice and hedgehogs, robins and wrens guarantees that her work will be popular with young girls, and Jemimah just loves her.

Do keep a look out when you're browsing through the shelves of your local secondhand bookstore - you may come out with a treasure!! 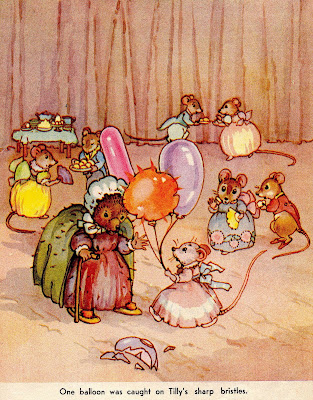 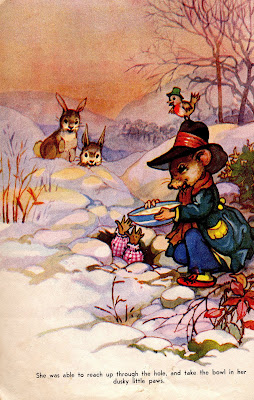 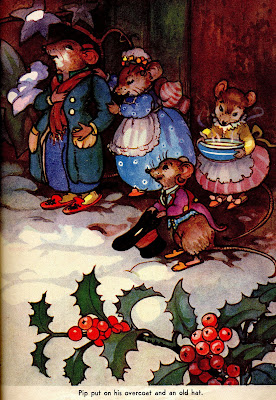